The nature of silicon carbide

Silicon carbide due to stable chemical performance, high thermal conductivity, small thermal expansion coefficient, good wear resistance, in addition to abrasive use, there are many other uses, such as: the special process of silicon carbide powder coated on the inner wall of the turbine impeller or cylinder body, can improve its wear resistance and extend the service life 1 ~ 2 times; The refractories used for making, heat shock, small size, light weight and high strength, energy-saving effect is good. Low grade silicon carbide (containing about 85% SiC) is a deoxidizer, which can speed up steel making, control chemical composition easily and improve steel quality. In addition, silicon carbide is also widely used in the fabrication of electric heating elements.

Silicon carbide has at least 70 crystalline forms. -sic is a kind of homogeneous heterocrystalline substance commonly found in ***. It is formed at high temperature above 2000 °C and has hexagonal crystal structure (like fibrous zinc). -silicon carbide, a cubic crystal structure similar to diamond, is produced at less than 2000 °C, as shown in the diagram attached to the page. Although the heterogeneous catalyst support is notable for its higher surface area per unit than the alpha type, it has not been used commercially until now.

Because of its specific gravity of 3.2g/cm3 and its high sublimation temperature (about 2700 °C), silicon carbide is well suited to be used as a raw material for bearings or high-temperature furnaces. It does not melt at any pressure that can be reached and has a fairly low chemical activity. Due to its high thermal conductivity, high collapse electric field intensity and high current density, many people have tried to use it to replace silicon in the applications of semiconductor high-power elements. In addition, it has a strong coupling effect with microwave radiation and all its high sublimation points make it practical for heating metals.

The crystalline structure of silicon carbide is divided into -SIC of hexagonal or rhombohedral and -SIC of cubic (cubic silicon carbide). More than 70 varieties of -SIC have been found due to the different stacking sequence of carbon and silicon atoms in its crystal structure. -SIC transforms to -SIC at 2100℃ above. The industrial production of silicon carbide is made of quartz sand and petroleum coke in a resistance furnace. The carborungsic blocks are made into products of various sizes by crushing, acid-base washing, magnetic separation and screening or water separation.

All rights reserved. Strictly prohibit reprint or mirror, offenders will be corrected! 网站地图 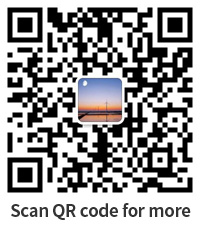